* You will receive the latest articles from The Busy Lady

We’ve all heard words like insomnia and narcolepsy, but we often don’t apply these words to ourselves and our own sleep patterns. In fact, many people overlook what can affect their sleep patterns, and this can be extremely dangerous, since our sleep is the only way to completely relax the mind and body at the end of each day. So what are these sleep disorders, what causes them and how can we work to ease them?

The most common sleep disorders

This occurs when there is a sudden collapse, where the person is awake but unable to move. A symptom of this is sleep paralysis (see below). During this collapse, the patient may have a sort of dream called hypnogogic hallucinations.

This is marked by repeated waking from sleep with a detailed recollection of frightening dreams, often which physically jolt you awake, and they are marked by their vividness and feature threats to personal safety and security.

This is a sleep disorder characterised by excessive sleeping and uncontrollable sleepiness. People can fall asleep at work or at the wheel and can be very dangerous if left untreated. It is similar to narcolepsy.

This is the term given to the inability to sleep. It can refer to difficulties falling asleep at night as well as staying asleep, or waking early in the morning with feelings of having had no sleep at all. Insomnia can severely affect day to day life.

When the symptoms of sleep occur during waking hours, narcolepsy is the term given. This can include a sleep attack characterised by an overwhelming need to sleep, can happen at any time and usually lasts a few minutes.

This is an organic condition characterised by sharp muscular twitches during sleep. People suffering from this often do not know it exists as it only occurs during actual sleep.

This refers to a condition of breathing difficulties during sleep. People with this condition wake up gasping for air and then go back to sleep. The problem here lies in the sense that sleep is frequently interrupted as a result and the person experiences deprivation, not to mention the anxiety involved in not being able to breathe correctly.

This occurs as an overwhelming urge to sleep, often at inappropriate times of the day. It is characterised by a heaviness that one feels can only be solved by sleeping, or deep sense of exhaustion. This can occur in other sleep disorders, such as narcolepsy.

This is the temporary inability to move when the muscle flaccidity and paralysis that normally accompanies the REM sleep cycle, but happens during waking hours before or after sleep. It can result in feelings of fright or panic.

This is a sleep disorder marked by repeated episodes of waking in a state of intense anxiety with dilated pupils, sweating, rapid breathing and an elevated pulse rate. Typically, there is no memory of this in the morning. This disorder generally begins during childhood and occurs during stages 3 and 4 of sleep.

The most common form of this disorder is delayed sleep-onset insomnia, characterised by relentless tossing and turning before going to sleep. It occurs when there is a mismatch between the person’s regular times of sleep and those permitted by their environment.

How to improve your work ethic

5 ways to calm yourself down

* You will receive the latest news and updates on your favorite celebrities! 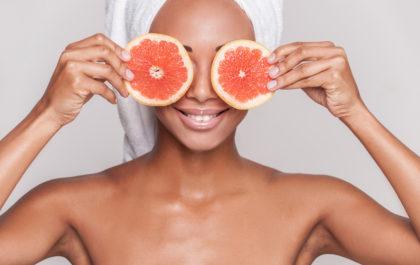 A day at the spa can be an amazing, calming and rejuvenating experience…. but not on the bank account. So…

The Busy Lady’s guide to self defence

How to highlight your natural beauty

They say many things about beauty. It’s in the eye of the beholder. It’s only skin deep. When it comes…

The right way to wedding detox